Competent, reliable, flexible - for more than 40 years your partner for organic peroxides.

Since its foundation in 1981, Pergan has established itself in the national and international market as a manufacturer of organic peroxides.

With production facilities in Germany and the United States we foster constructive and trusting business connections with our national and international customers.

As a medium sized company flexibility is one of our greatest strengths. We are able to react quickly, competently and efficiently to the individual wishes and requirements of our customers.

In order to extend the production capacity and to create redundant structures Perga-Chem GmbH in Quedlinburg was acquired as the second German production site of PERGAN GmbH. In 2000 a high-bay warehouse was constructed that was revolutionary in its concept and capacity for storage of organic peroxides world wide.

With the implementing of two new, modern production lines for liquid organic peroxides in 2010 in Bocholt and in 2013 in Marshall, Texas, the PERGAN Group continues to invest in the future. Recognizing the exceptional entrepreneurial achievements of PERGAN GmbH was awarded the Jury Award of Stadtsparkasse, Bocholt "Company of the Year 2010" in 2011.

With plants in Germany and in the USA we are wherever you are.

The PERGAN group has established itself in recent years as a leading producer of organic peroxides, and exports to more than 50 countries. With more than 250 employees at the locations in Germany and USA the group produces 50 different peroxide types and more than 300 customer-oriented peroxide formulations.

Bocholt
The headquarter of the PERGAN group is based in the industrial park of Bocholt. This site has an ISO 9001 and an ISO 14001 certification and produces solid and liquid organic peroxides as well as further additives for the plastic producing and processing industry.

Quedlinburg
The site in Quedlinburg is part of the PERGAN group since 1992 and is specialized on the production of Peroxyesters, Peroxydicarbionates and Diacylperoxides. 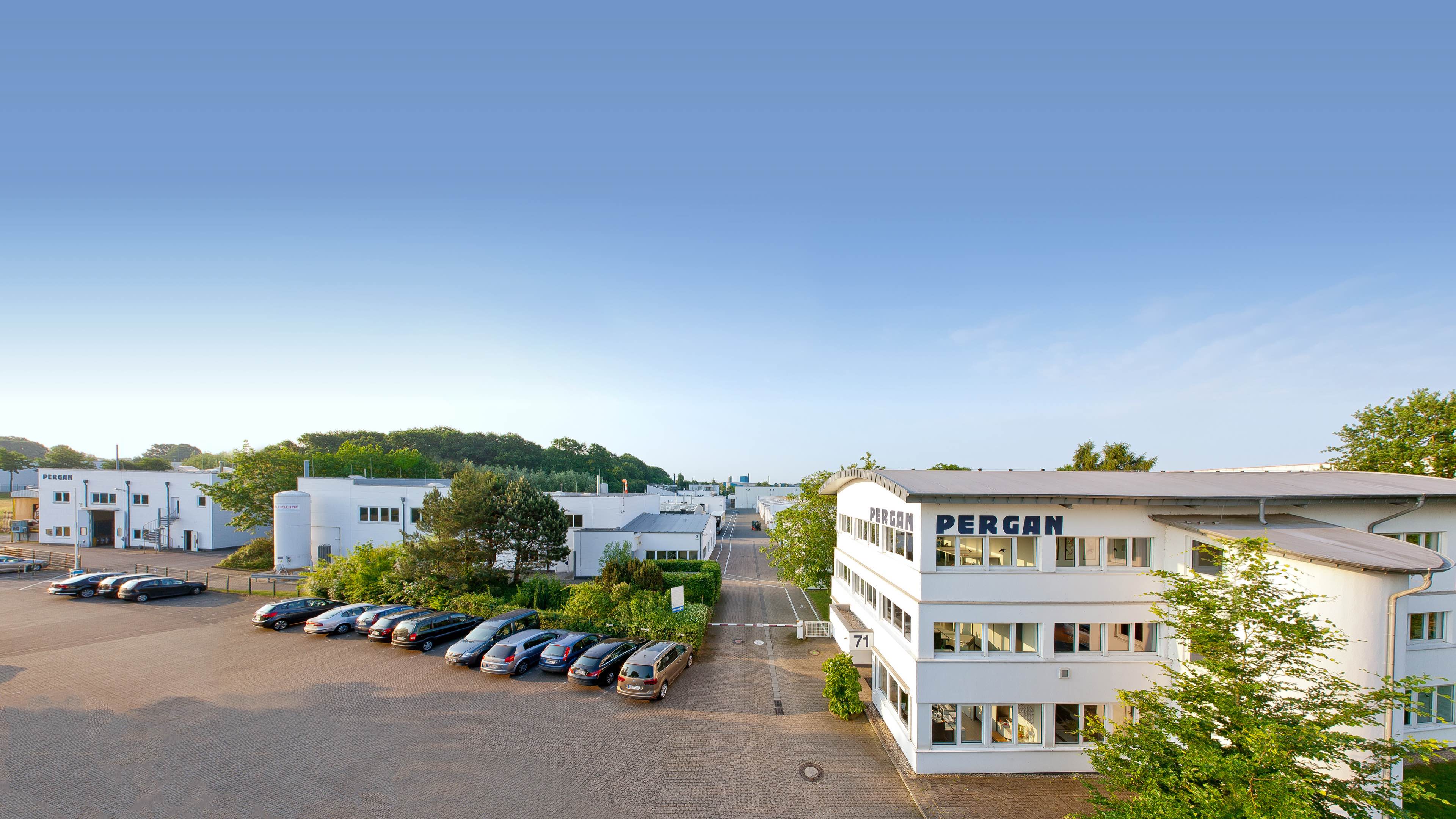 Moving of PERGAN GmbH in the industrial park Bocholt

Foundation Perga-Chem GmbH in Quedlinburg as a second production site

Awardarding the prize "Company of the Year 2010" by Stadtsparkasse Bocholt

Customer orientation
- a recipe for success

Part of our service includes examining our customers' applications so that we can develop optimal product formulations and supply them with suitable peroxide- and other additive-preparations.

We are motivated to keep continuing along this line.

The production and delivery of high quality products and services is an important criterion for the efficiency of our company.